I didn’t get to read everything I wanted to—so much good stuff was released in the world of comics this past year—but I still wanted to note some of my favorites of the past 365. There’s no order to these, but here’s some of the stuff I enjoyed that was released in 2014.

The Wrenchies by Farel Dalrymple

This one was just tremendous. The Wrenchies is stacked with so much both in its lush watercolor visuals and its narrative that it warrants multiple readings. If there’s one book to put on your shelf this year, make it this one, because you’ll want to revisit it as soon as it’s over and you definitely missed more than one thing the first time through.

Twelve Gems is the best ’80s sci-fi adventure that came out in the present day. Milburn goes nuts with the hatching and creates the comics blockbuster of the summer in the process.

This is probably my favorite single story by DeForge other than The Boy in Question.

If Twelve Gems was 2014’s big summer blockbuster, Megahex is its best stoner comedy. Hanselmann took some old children’s book characters and made them the stars of their own stupid sitcom with fantastic watercolors illustrating some great drug and horrible, despicable roommates humor.

Through the Woods by Emily Carroll 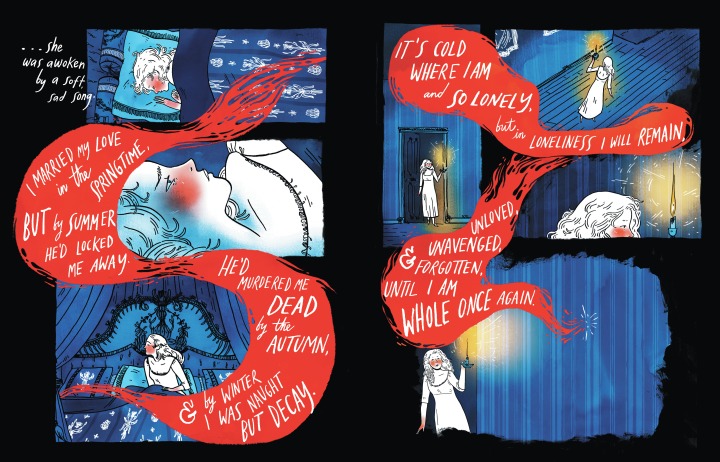 2014 produced one of the best horror anthology comics of all time in Emily Carroll’s wildly gorgeous Through the Woods. Her work in the latest issue of Youth in Decline’s Frontier series can sit right alongside it, as well, so be sure to get both and see why everyone’s been talking so highly of Carroll. 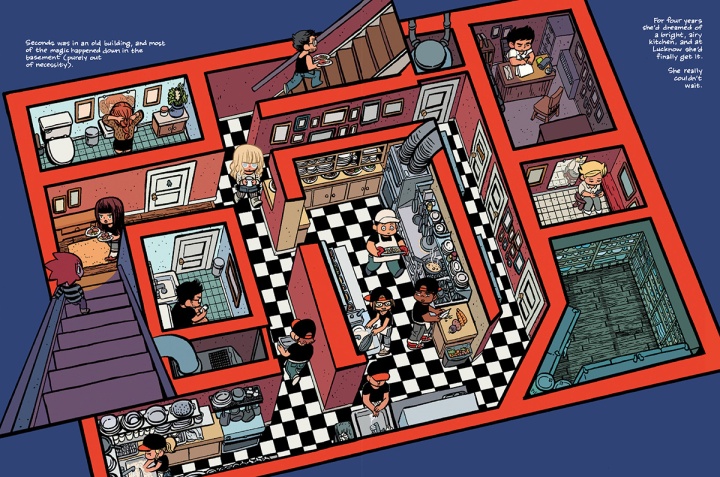 I can’t imagine how much pressure must have come with trying to follow up something as big as Scott Pilgrim, but O’Malley showed how much he has grown in Seconds. Add in some top-notch coloring by Nathan Fairbairn and drawing assistance by friend of subhumanzoids Jason Fischer and you’ve got one of the best graphic novels of the year. 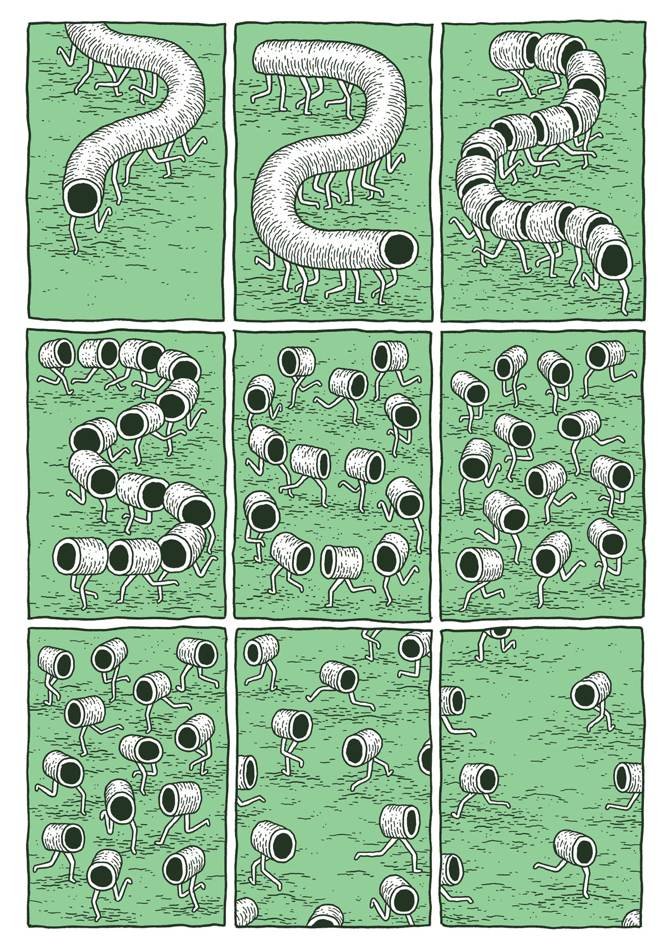 Safari Honeymoon is funny, bizarre, and brilliantly illustrated with neat line work and a nicely-executed all-green palette. Jacobs’ comic is further proof that you could feel safe picking up pretty much anything from Koyama Press in 2014. 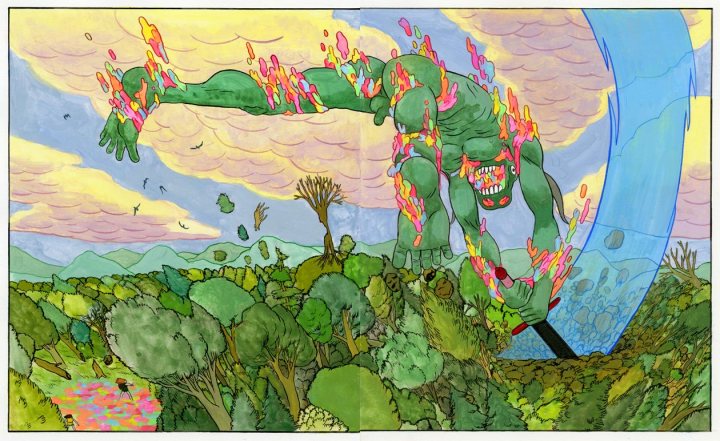 No comic flipped my lid this year quite like Jesse Moynihan’s Forming II. I devoured the first book and its followup, and all I want is more. Despite the fact that the whole thing is available to read online, Nobrow’s titanic hardcovers are a must for appreciating Moynihan’s combination of Acryla Gouache and india ink (I only know specifically because I bugged him about it via email). No comic made me both laugh more and want to work harder and make more comics of my own.

I wanted to put some manga on this list but I’m kind of behind on releases and am mostly stuck in 2013! I caught up with the volume releases of One Piece, though, which is as amazing as ever. I might make a second post sometime this year as I catch up.