Friend of subhumanzoids JFish (AKA Jason Fischer)—who will forever be known in my mind as Big Man Face from the short film of the same name—recently kicked off a new comic series called Monstroleum. Comic isn’t even the right term (it’s actually a mini-book), but those are what JFish is known for in addition to his amazing artwork. The first volume is out now, and what makes Monstroleum interesting is that it’s the first time we really get a taste of JFish’s own narrative voice. It’s not surprising to find he’s got storytelling chops that complement his art nicely. 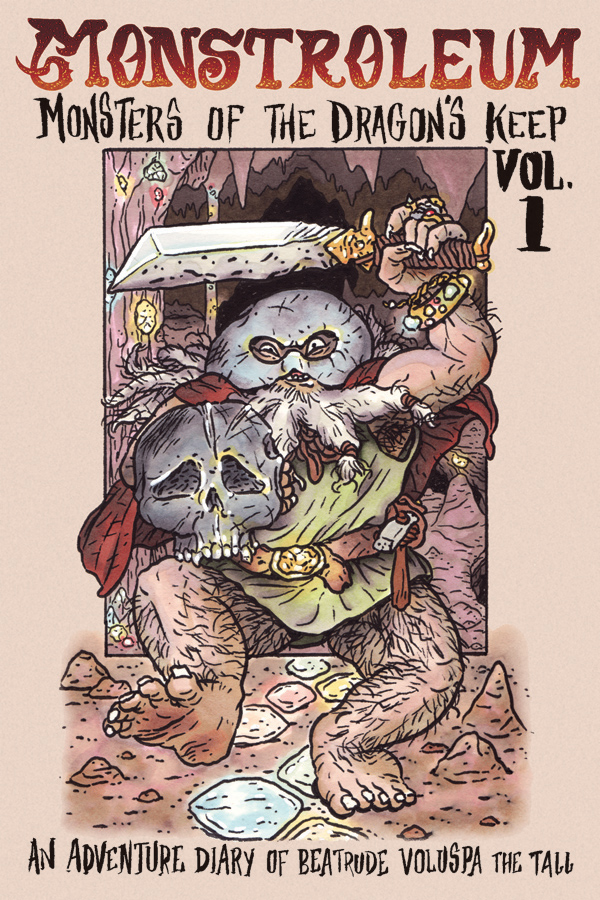 JFish’s previous comics work, from Jaephisch & the Dark Rainbow to Junqueland, has had him teaming up to illustrate with a writing partner. Monstroleum is all him, and it tells the tale of Beatrude Voluspa the Tall, a dwarf who sets off on her first adventure and plans to document all the wild creatures she encounters along the way.

The result is part travelogue and part NES instruction manual, so of course it’s right up my alley. Each page has a drawing of a monster, both in the form of a full-on illustration and a fantastic little sprite-style profile. Completing the page is a description from Beatrude’s journal, each of which maintains a consistent voice and paints a vivid mental picture of the land and the long, tough road taken between each notable encounter. 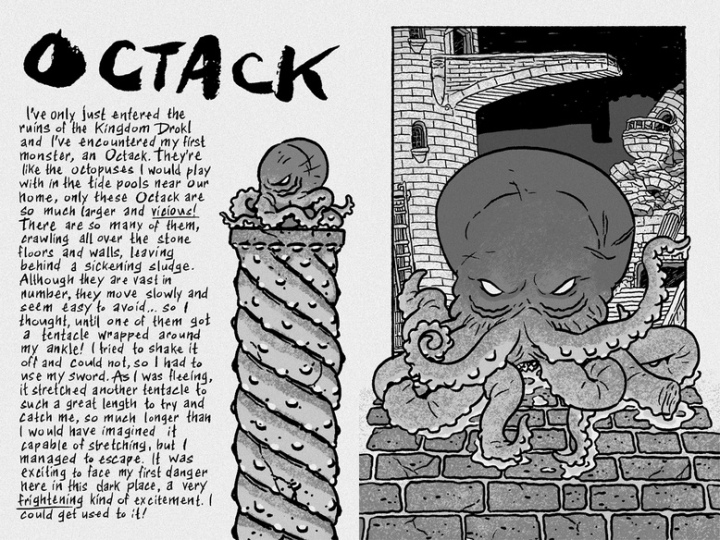 JFish calls Monstroleum “a love letter to all the fantastic adventure books and games I grew up with,” and it really shows. The storytelling comes off as effortless and it’s clear loads of care was put into each illustration, plus you can get original drawings of a monster of your choosing if you pre-order upcoming volumes or subscribe to all five. Here’s JFish’s take on a chimera he did for my copy of volume 1. 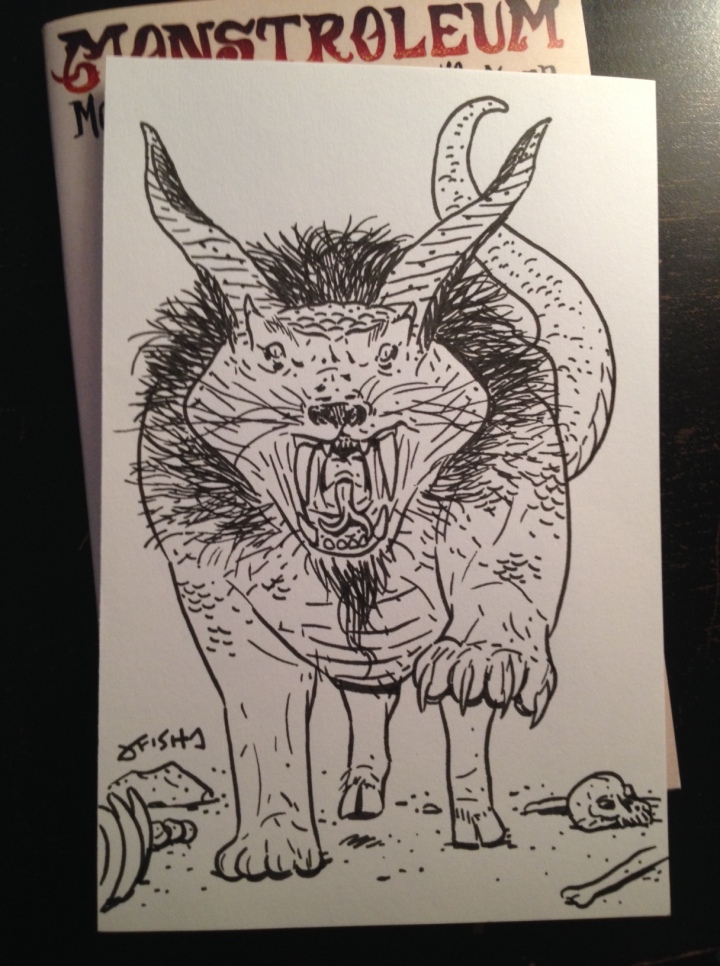 One thought on “enter the monstroleum”