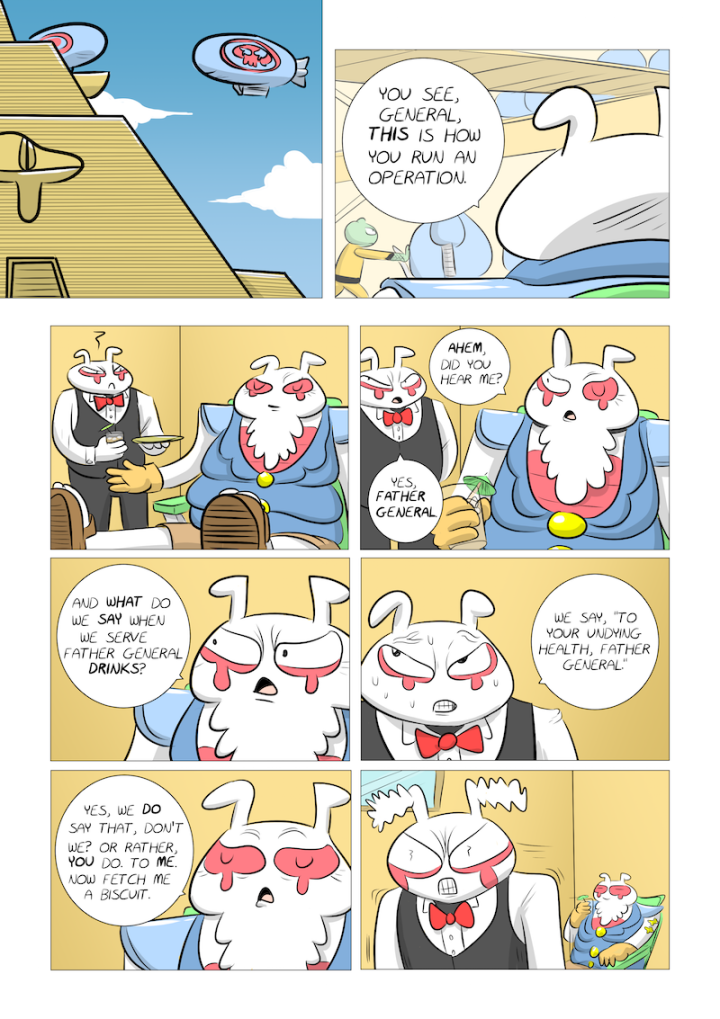 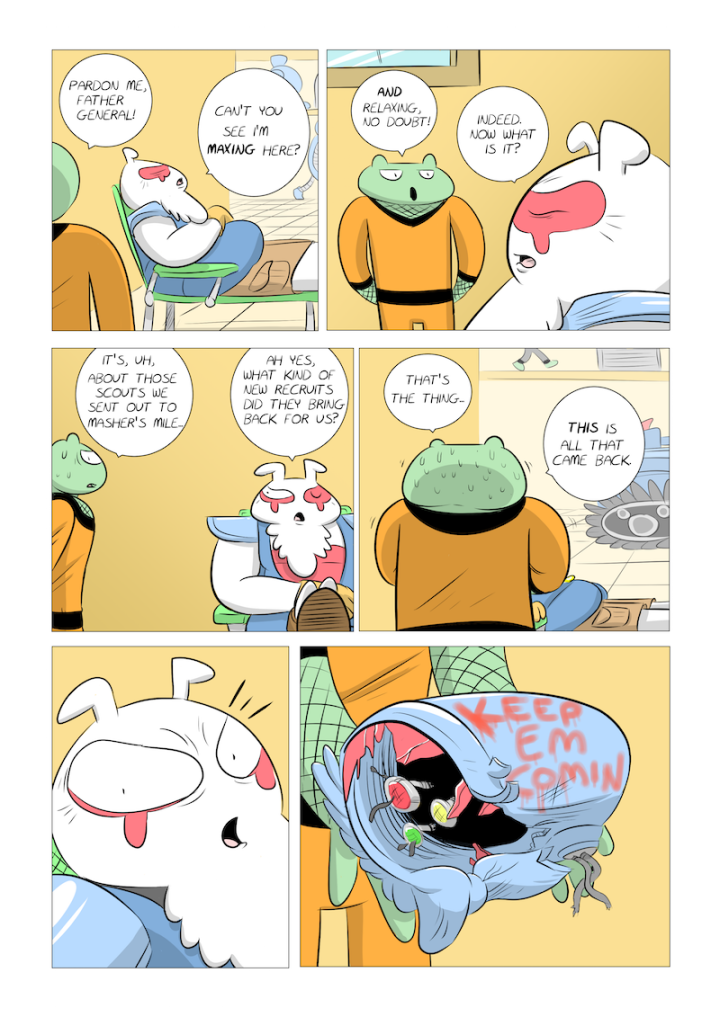 Hmmm, I think we’re about to do a fight. Yeah, there’s gonna be a big fight. I was just looking at my outline for this and realized we’re right at the start of the fifth “issue” of BDFI, which is to say this would be the fifth floppy that would come out in comic shops monthly in an alternate reality. So yea, take a big huh-WHIFF of this fresh ish!