Neighbors and local authorities are all no doubt wondering why an area man has been running around the streets in his underwear screaming “TENSHIN DAAAA!” for the past two weeks. Did he follow that battle cry out with a spirited “Whoaaa, whoa-whoa-whoa”? Yep. Will his brain ever be the same? Nope. To shed some light on these ramblings, I am that man, and I recently finished mainlining all 50 episodes of Gosei Sentai Dairanger.

What does that mean, you ask? I’m well aware of the awkward Venn Diagram representing people who read my blog and people who know what the hell Dairanger is. I’ll buck my old ways and play to a broader crowd here, because everyone needs an introduction into this deadly world at some point.

The easiest way to put it is right on the cover of the Super Sentai box sets Shout! Factory releases once every few months: “Before Power Rangers there was… Super Sentai!” Sentai shows are the Japanese tokusatsu (special effects) TV series that went on to be localized in the west as Mighty Morphin’ Power Rangers and all its various follow-ups. Saban basically just took all the costumed action sequences, monsters, and rad giant robot battles and wrapped it in a sunny Saved by the Bell-esque California Roll.

Dairanger is the 17th entry in Toei’s still-running Super Sentai franchise, airing in Japan from 1993 to 1994 before coming stateside as the continuation of Power Rangers‘ adaptation of the previous series, Kyōryū Sentai Zyuranger. This one has a cool Chinese mystic vibe to it, with all the martial arts styles one might expect making an appearance; even drunken style! Their Dairangers’ mentor, Master Kaku (pictured below, right), is basically Splinter. 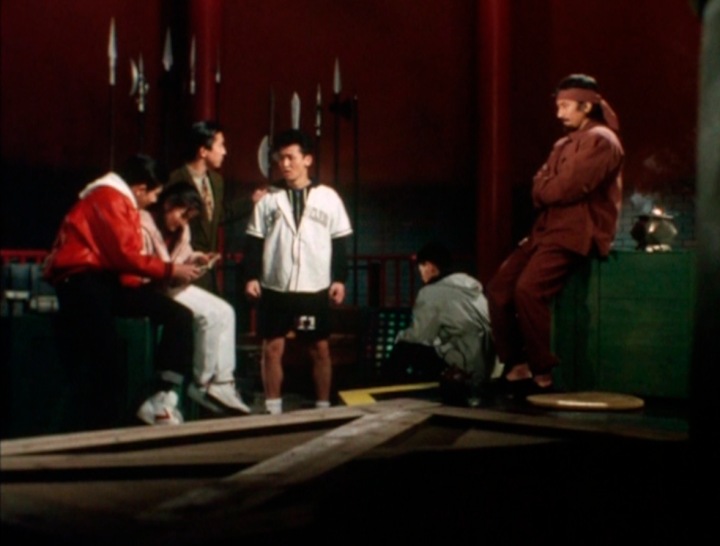 No one needs to know all this crap, though; it’s not like there’s gonna be a quiz, and if you see one you can bet it’s part of an insidious plot devised by Dairanger enemy du jour, the Gorma! Digging in too deep is dangerous, so let’s go for something different with:

That’s right! Everyone’s here and it’s the moment they’ve all been waiting for, so without further adieu, let’s start handing out the honors.

Known in Shout!’s subs as the Three Stooges, this team of ne’erdowells consists of, from left to right, President Gravestone, Telephone-sensei, and Boss Kamikaze. The latter is, as you might have guessed, the leader, and he’s a totally smooth delinquent. He ends most every sentence in a very enthusiastic (and English) “Baby!,” and he’s generally in charge of all the ridiculous plots to rid the world of the Dairangers.

These plots are also always games, and please believe anything goes. From exploding baseball games that would be right at home in a Yudai Yamaguchi flick to, uh, exploding soccer and exploding bike chases, the Stooges are a fabulous font of foolery from their first to final episodes. 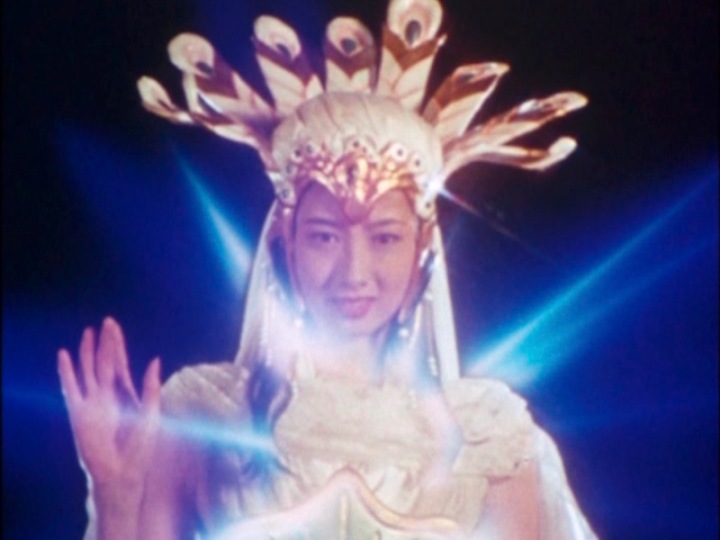 Here’s the skinny as best as I can remember it off the top of my head: Kujaku shows up and quickly becomes the love interest of Daigo, AKA Shishi Ranger. There’s only one problem, her Peacock Buddha powers are running out thanks to the crummy, polluted atmosphere of Earth. Much like the Stooges above, Kujaku episodes are scattered throughout Dairanger‘s run, and they’re just tough to get into. Masako Morishita really ups the melodrama in the role, and her beleaguered shouts of “Daigo!” will be etched into your brain for weeks. 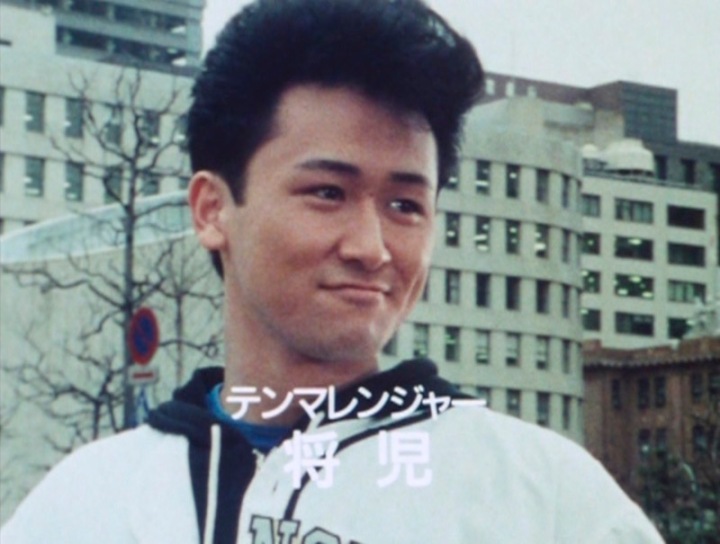 Would it surprise you to learn that the pompadour’d dude above is the Dairanger member who builds an intense rivalry with the Stooges? They troll him time and time again, and he always falls for it because he just knows one day Boss Kamikaze will present him with a fair challenge. Ei Hamura is the man in this role, and he sells every single one of his Bruce Lee nose swipes with aplomb. 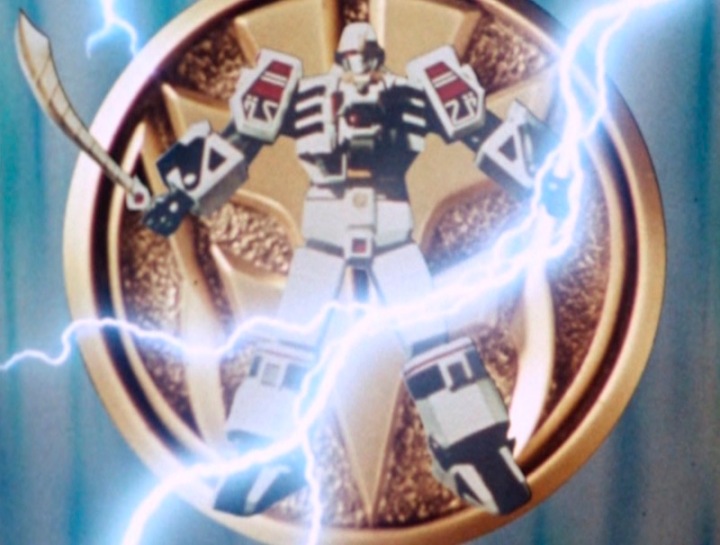 Sure, its pilot may literally be a child, but none of the mechs in the series hold a candle to Mythical Chi Beast Won Tiger. Ryuuseioh comes close, but there’s somethin’ about that slick white paint job that wins me over. Just to give Ryuuseioh and the rest of the beasts some love, though, let’s take a moment to appreciate how they look combined with Won Tiger (cue the Spice Girls’ “2 Become 1”).

And finally, we have everyone’s favorite category, Creepiest Episode. There’s always at least one! If the name didn’t make it clear, episode 34 wins by a wide margin. The monster of the week is General Cactus, who looks like the gas station attendant above in human form. Here’s what he does to this dude’s daughter as soon as he leaves his car: 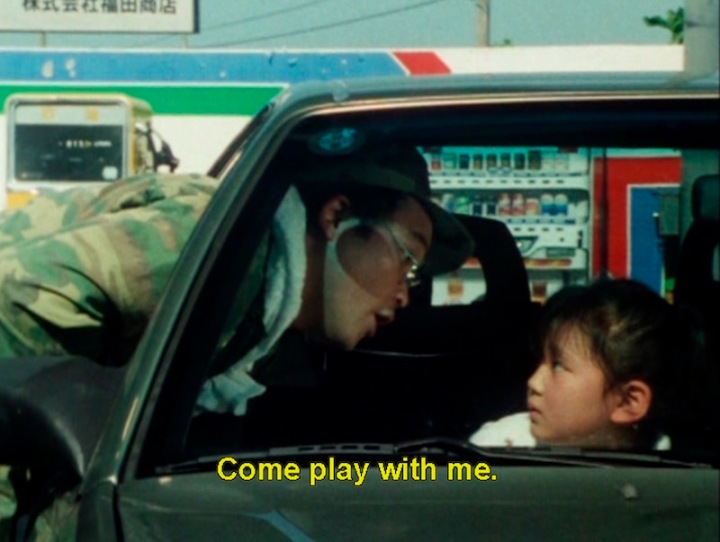 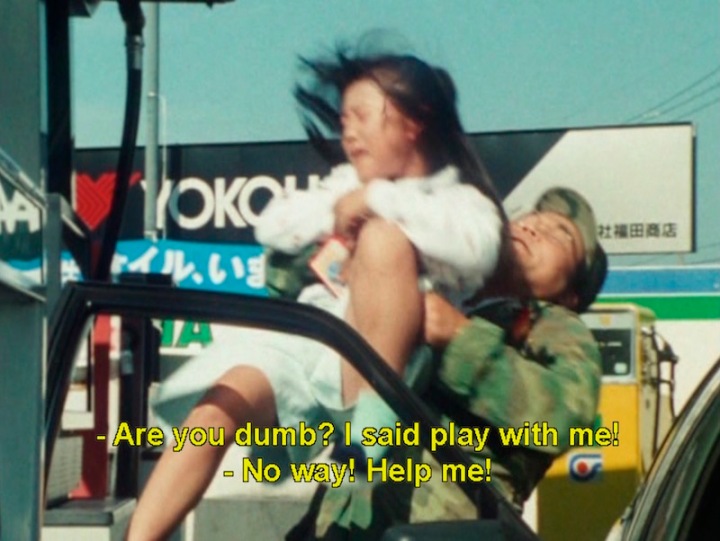 And here he is as the somehow-less-threatening General Cactus:

General Cactus loves to kidnap little girls, paralyze them, and turn them into dolls. It’s a plot that would be at home in any prime time police procedural (tune into NBC next month for the debut episode of Chicago Cactus Childnapper!), but the real creep-out comes when we stumble upon some of freshly-animated yet oh-so-still dolls. 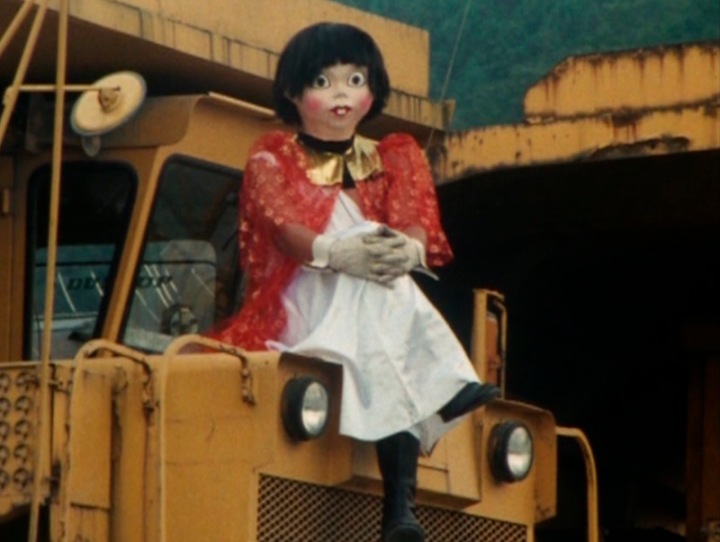 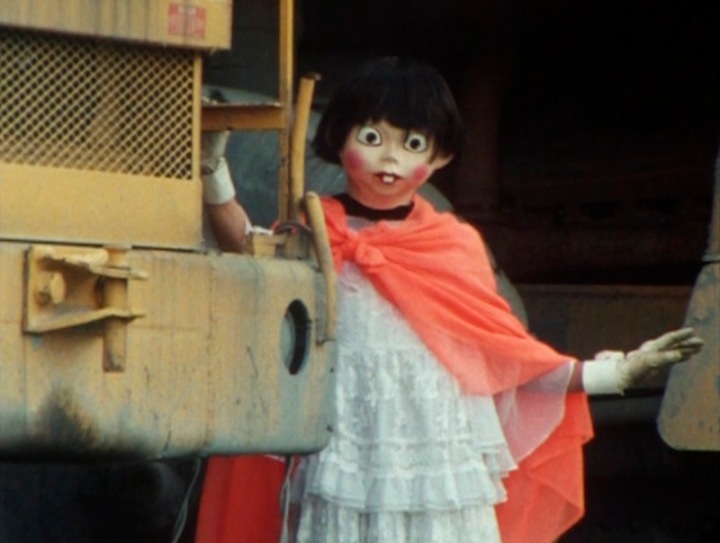 This is a moment best summed up with video.

Creepy. Yet… I love it! I think that’s about all the Dairanger energy I have at the moment, but if we get any late award-winners in the future, I’ll be sure to update. Once I have my powers back, it’s on to… Ninja Sentai Kakuranger!