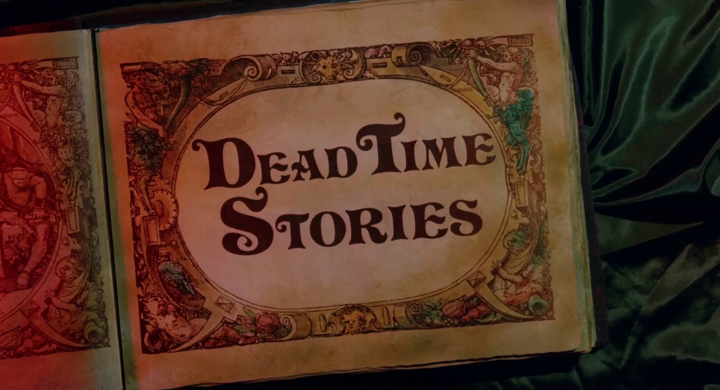 What happens when your drunk horndog uncle will do anything to get you to go to sleep once and for all? Why, he pulls up a chair, lets out one last exasperated sigh, and fills your head with enough DEADTIME STORIES to have you drifting off for good.

This month’s second film comes from 1986, a year during which no one could figure out what’s for kids and what’s for adults. In ’86, all kids were basically adults, and all adults were borderline octogenarians. Maybe that’s why Jeffery Delman’s directorial debut is such a tonal trainwreck, making the leap from fairy tale setups to bare boobs and dire dismemberments in a single bound. If you frame it all as literally coming from the mouth of the aforementioned drunkle—played by Michael Mesmer in what would be his only credited feature film role—it kind of makes sense. Otherwise you’re just left with a mediocre horror anthology that’s sure to trigger a strange sense of déjà vu in the minds of all ’80s kids, whether you remember seeing the movie or not.

Before we get to the stories, get a load of this slapper of a title song:

If you only make it through the theme song, you’re good. What follows is the first of three stories, spinning a deeply corny period yarn about a boy who was sold into slavery to a pair of nasty witches. In fact, as my friend Brandon was quick to point out, the witches’ whipping boy was played by Family Ties‘ Scott Valentine (Nick! The earring!), who also starred in the cheesy sexy horror comedy My Demon Lover. They make him do their bidding day in and day out, but he finally starts to question their motives when he helps them lure a pastor back so they can melt off his hand and use it to create a potion that locates the third sister’s corpse.

That was the first straw. The last comes when the boy is tasked with kidnapping a beautiful young woman, who the witches aim to sacrifice in order to resurrect their sister. The highlight of this story is definitely the reanimation of her corpse, which involves a rotten heart that threads its veins through the skeleton’s bones, forming musculature and, eventually, another foul witchy woman. This is totally for kids. 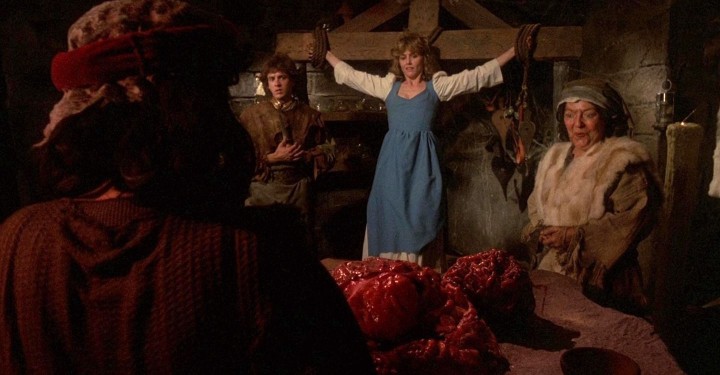 When Little Brian asks for a second story, Uncle Mike nearly flips his lid. He’s half a Bud Heavy deep and watching a Miss Nude pageant, so his frustration is understandable. Nevertheless, he relents and unleashes a riff on Red Riding Hood that would make Kojiro Abe blush.  The level of horny this starts out at is way too high to even be in the same neighborhood as an 8-year-old child, much less the same room, yet Uncle Mike persists. What we end up with is very much a Wolfman Lite story that perfectly contrasts against the high calorie count of Unc’s beer of choice.

And then, at long last, we have the moment we’ve all been waiting for. Like you, dear reader, I’ve spent decades seeking out a take on Goldilocks and the Three Bears starring a homicidal girl with telekinesis and a trio of mental hospital escapees led by Melissa Leo as Judith “Mama” Baer. Her dopy, Baby Huey-esque son quickly falls in love with psycho killer Goldilocks, and the whole crew end up as one big happy family as they kick off a life of crime while the authorities unload an entire armory’s worth of ammo in the direction of their now empty home. 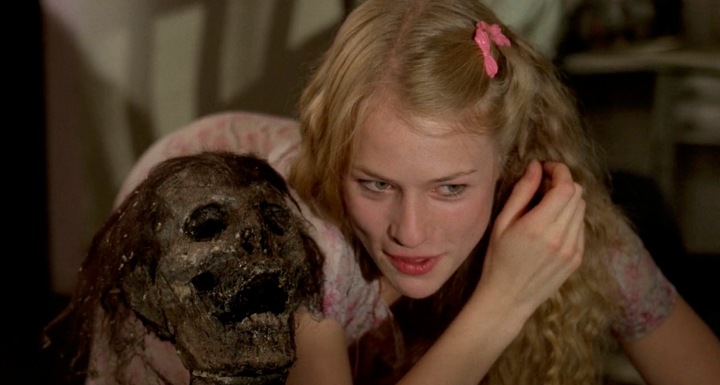 When we first meet Goldilocks, she’s enjoying some quality time with her collection of dead boy toys. When the Baers first find her in their home, she’s naked in the shower. Again, kids in the ’80s had nine-to-five jobs to hold up and mortgages to pay; we were made of sterner stuff.

It’s tough for me to recommend Deadtime Stories, but if you were a kid when it first came out, you might want to see if it triggers some of that déjà vu (you know it do!). There are roughly one hundred horror anthologies I’d recommend before turning to this one, but hey, Scream Factory released it on Blu-ray, and if I’m being completely honest, that director’s commentary alone is a vile temptation. 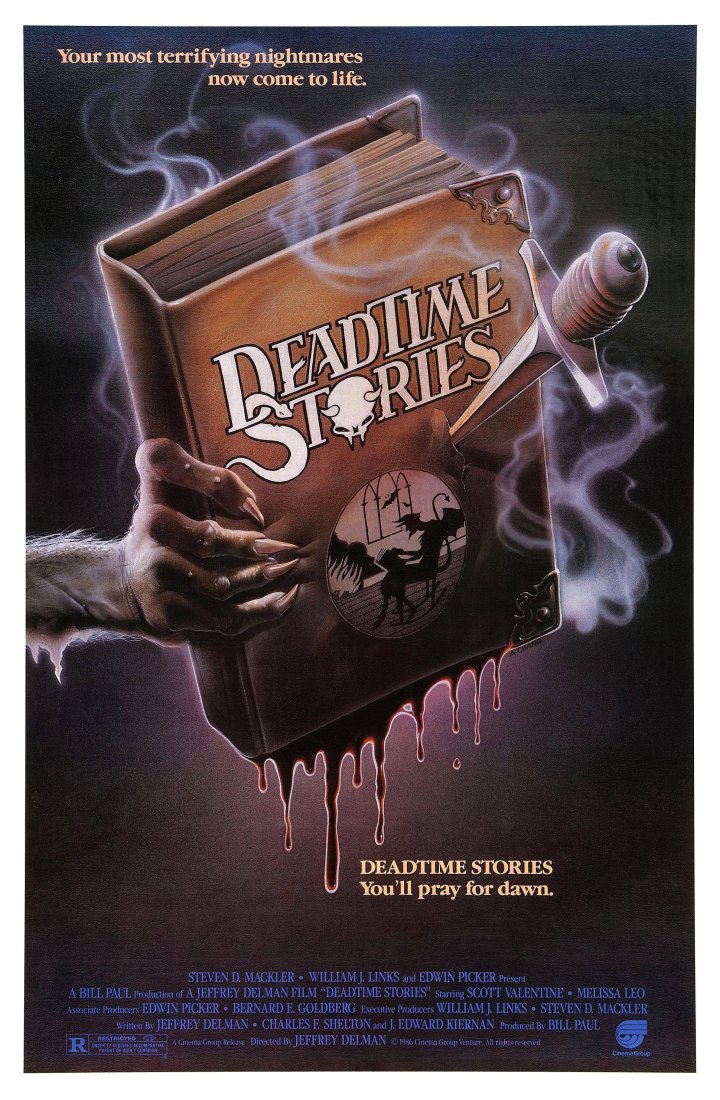