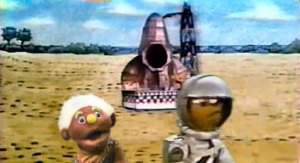 Today, December 28th, is Joey Coco Day. It has been so for years, ever the excuse to don a party hat. However, thanks to the vacancy of my email inbox, I have deduced that this is a fact of which many of you are unaware! In the wake of this unsettling realization, I have decided to spend the remainder of my days (in 2006) educating you all on… The Potentially Unfamiliar Nuances of this Blog!†

Most of you know well the variety of readers that peruse The Joseph Luster Report on a daily basis. A common language has been developing amongst my readers for the past year, but to say that this vernacular is evenly distributed would be a heinous lie!

Notes of Import Regarding The Language of this Blog

Let’s take the above paragraph, and translate it Babelfish-style into the way a seasoned Report reader would see it.

Most of you know well the variety of readers that peruse The JLR on a daily B. A common language has been developing amongst The JLRmy (pronounced jay•el*ar•me) for the past Twelve Mo’, but to say that this vernack is evenly distributed would be a 5625 (police code for lying)!

I think that, despite the fact that we all hail from different levels of reading-my-blog expertise, we can all learn to get along in the new year.

†Joseph Luster reserves the right and retains the high probability of flaking on this and any other promised features.