Continued from yesterday, [lick] was the winner. And so…

You muster all your strength to lick the beast’s palm, triggering a sudden whirlwind of energy that takes you both by surprise. You find yourself quickly but gently falling to the ground below, and before you know it you’re standing next to a much smaller version of the beast.

He thanks you for calming his rage, and says he remains forever in your debt. He doesn’t have much to offer, but he does scoop up some water for you, and swears on his life he’ll help you out of this twisted cavern. He asks you to choose a path, ’cause it’s all the same to him and frankly he can’t quite recall which one ends up being the most troublesome ‘n whatnot. 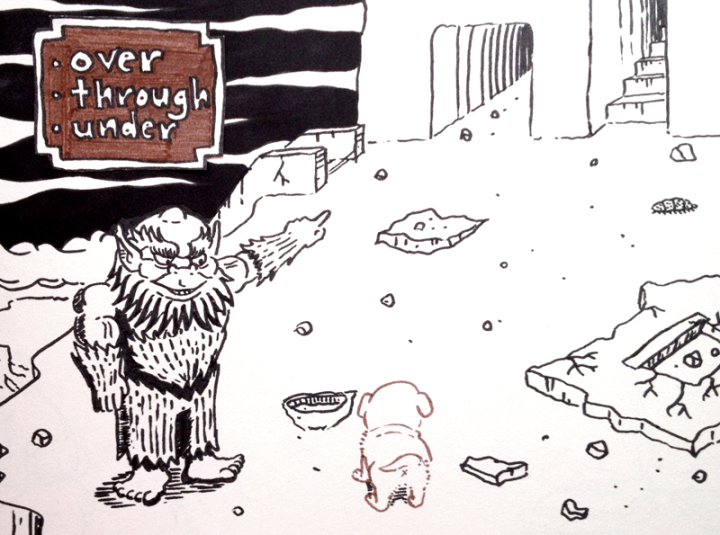