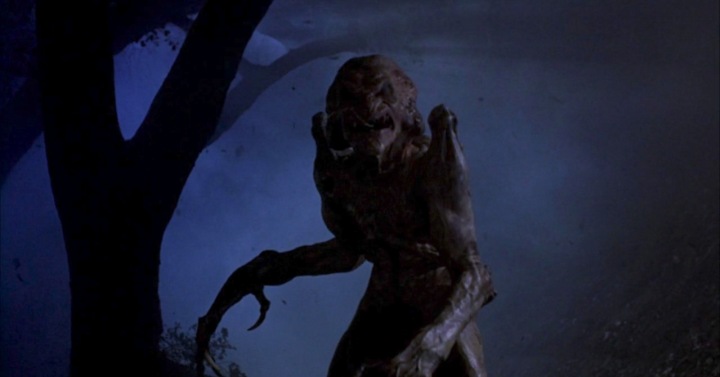 If you ever doubted that with youth comes great stupidity, allow me to teach you a brief lesson. Back in the early ’90s, when Hollywood Video and Blockbuster still flanked my neighborhood at a reasonable distance, I could usually be found trying to pick out the grodiest horror movie covers on the shelf. Eventually, I stumbled upon a recent creature feature, 1988’s Pumpkinhead. I rented it, and I recall coming away disappointed because, brace yourself, the monster didn’t actually have a pumpkin for a head. 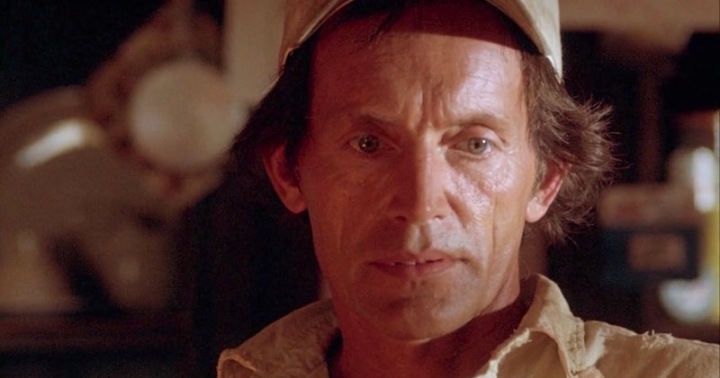 In one of the most straightforward tales of revenge of all time, a very backwoods Lance Henriksen’s simple life with his bespectacled, large-headed son—maybe he was the pumpkinhead all along!—comes to an end when some roustabout partiers accidentally zip one of their motorbikes right into the kid. They all bolt except for one, who pleads to Henrikson’s Ed Harley that it was all just a horrible accident.

Meanwhile, the main punk responsible for said accident is spiraling, because he’s already on probation for something similar. He ain’t goin’ down for this, which is his first mistake, because everyone knows you’re better dead than Pumpkinhead.

Beside himself with grief, Ed Harley turns to an old local legend that involves resurrecting a demon nicknamed Pumpkinhead, who will go after those you have marked until they’re all torn asunder. He visits an old witch to get the ball rolling, and she has him dig up Pumpkinhead’s dumpy little corpse and drop him off with her. After that, there’s nothing more to be done. It has begun.

Pumpkinhead marked the directorial debut of effects master Stan Winston, which means you get to see what happens when an effects guy directs and shoots his own monsters. Pumpkinhead is smartly lit, and they show the perfect amount of it, from the cold open teaser to the violent climax. Winston’s work on Aliens definitely shows, because Pumpkinhead kind of looks like a Xenomorph whose head stopped growing in the back during puberty.

There was one sequel, Pumpkinhead II: Blood Wings, which I think I braved back when it came out on video in ’94. I can’t promise I won’t watch it again since it’s on Hulu, but there’s no way I’m watching the mid 2000s made-for-TV sequels. If you’re feelin’ nasty, Scream Factory put the first movie out on Blu-ray.

Pumpkinhead is 100 percent about its legend, so you can make sequels without ever referencing previous films. It’s with that in mind that I insist someone make a new movie starring Walton Goggins in the place of a Lance Henriksen type. If I have to, I’ll pitch this to someone after I pitch my new Wishmaster movie.