The first rule of a good boss is that it should never be what it appears to be. Show me a vicious marauder with an ax that only uses that ax and I’ll show you a boring boss! Rather, the player should be blindsided and shocked. When Belmont approaches Death in the original Castlevania, expecting with all his mental capacity to meet the fury of a single gigantic scythe, he’s met with dozens.

Now for an example that hits closer to my home: when I met the first boss of Bucky O’ Hare on NES (which is nowhere near as awesome as the arcade game), I expected your average froggy battle. The following sequence is a warning for future generations. 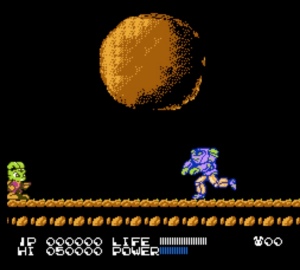 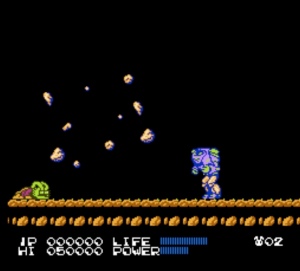 Ouch, instant death! Remember, friends, a good boss battle demands that you be prepared for absolutely anything.