I recently read through The Strange Talent of Luther Strode, a pretty fun six-issue series that basically boils down to a scrawny wimp suddenly blessed with absurd strength and what he chooses to do with said strength. Like a lot of vigilante stories, Luther quickly finds himself in situations where he can prevent crime through violence and impressively athletic feats. From there it spirals into a hyperviolent showcase barreling toward a final showdown with someone whose power exceeds even the quick-learning Luther’s.

There aren’t really any spoilers there or anything. It’s a straight forward story, and as much as it recalls other kid-turned-hero stories like Kick-Ass, it also kind of reminded me of a shonen manga, structurally speaking. It’s just too bad Luther Strode was ultimately held back by the understandably cautious borders of a six-issue run.

Actually, to keep things kind of current, it reminded me of this really cool Shonen Jump series Takama-ga-hara, which unfortunately didn’t prove popular enough to last  more than a handful of chapters. It was especially disappointing because Viz Media ran it in their digital magazine, known until recently as Shonen Jump Alpha, so even in the west we were treated to a story that was just getting started before being prematurely cut from the lineup.

To boil it down, Takama-ga-hara  is about a dude who unlocks his latent potential, despite only wanting to sit around and work on manga. He resists fighting, but once people realize he can essentially knock folks into the stratosphere with a single punch, he’s thrown into a world where bizarre powers collide on a regular basis. It sounds like pretty standard shonen fare, but it’s the execution that made it special, along with creator Juuzou Kawai’s stated goal to “draw battles between those who have awakened to the powers of gods in a fresh way that’s never been seen before.”

In many ways, the fact that Kawai had to scramble to resolve what would have otherwise been a long-running saga closely mirrors how I felt about Luther Strode.

It’s really entertaining. The art is great. But when it ends there’s a distinct feeling that we’re essentially missing the bulk of the story’s potential. If a character gets a really cool car that fires down the highway at a concrete-blazing clip, the audience would probably prefer some time to enjoy seeing it in action before it inevitably explodes in spectacular fashion. Were Luther Strode at least 12 or so issues it would have had a much more satisfying build to its bone-crunching climax. It’s kind of like leaving the movie theater for most of the second act and being told you “didn’t miss much.”

Maybe that’s why I’m not too bothered by the direction the follow-up series, The Legend of Luther Strode, is taking so far. It plays more on the superpowered vigilante as slasher angle, and, well, it’s really just more hyperviolent action. The point is, it’s disappointing when a story is limited because of risk, or because it’s not a tremendous success right out the gate. While I’ll totally buy the fact that the six-issue arc was all they had in mind for The Strange Talent of Luther Strode, I can’t help but wonder what could have been if it had more room to breathe.

And I really don’t want to think about Takama-ga-hara any more. That series was rad! It had a guy who turned people into kanji! 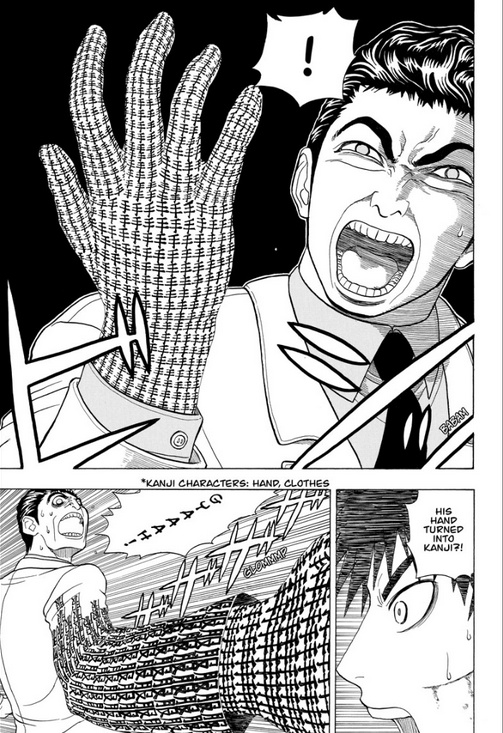 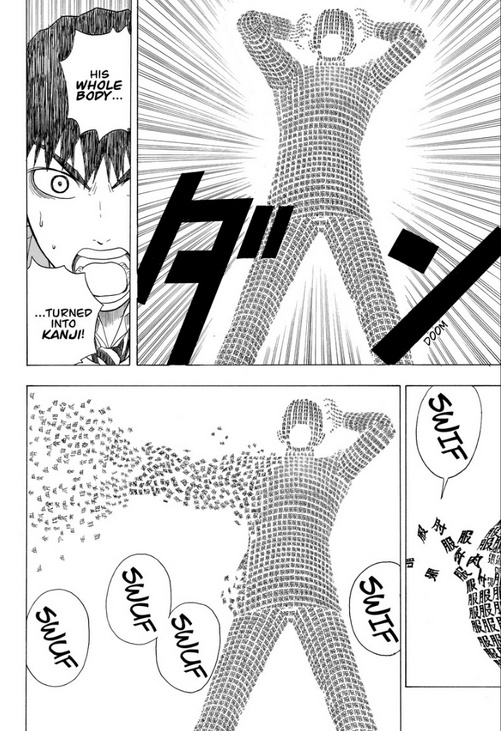