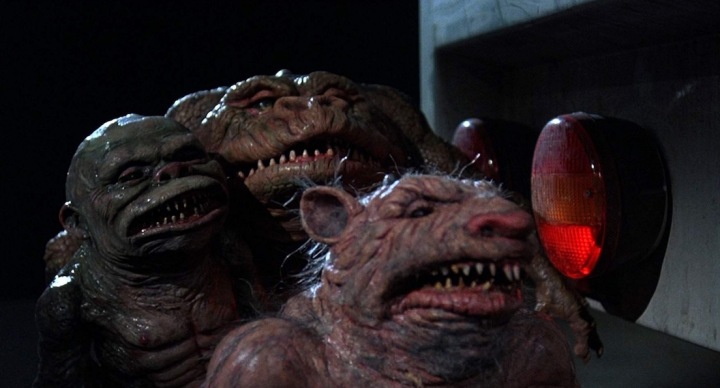 There’s a great story about the first Ghoulies in an interview with producer Charles Band, who recalls how the original tagline and poster came to be. Once the infamous photo of the Ghoulie popping up out of a toilet—which convinced me it must be the scariest movie of all time when I saw the box at a video store as a kid—was taken, it was such an effective image they realized they needed to go back and shoot a similar scene to go along with it. Without that, surely, audience members would feel ripped off; who wouldn’t?!

Like many of the horror section staples of the ’80s, though, Ghoulies never quite lived up to its box art. If the toilet shot was an attempt to make it the movie it should have been all along, then 1987’s Ghoulies II is, from beginning to end, the full realization of that attempt. It’s more raucous and ridiculous, and the Ghoulies get to shine as the casually murdering miscreants they were meant to be. And yes, there’s a toilet. 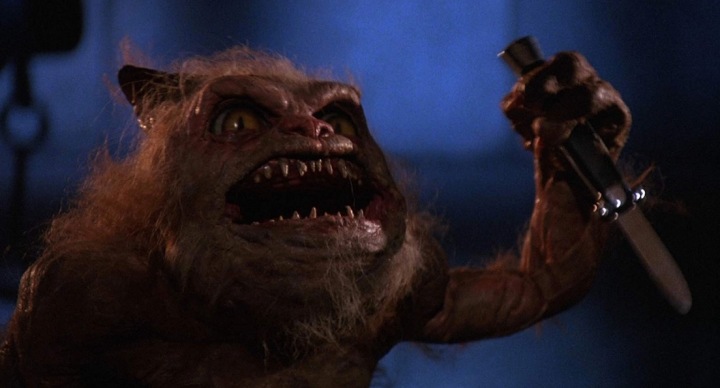 Since they’ve already been summoned into this world, all director Albert Band and his cast and crew have to do is get them to the setting of this sequel: a down-on-its-luck carnival. No attraction is closer to the chopping block than the haunted house, Satan’s Den, and if it doesn’t turn a profit soon it’s going to be replaced by an all-ladies mud wrestling showcase. Thankfully, the Ghoulies show up just in time to turn things around for Larry (Damon Martin) and good ol’ drunk Uncle Ned (Royal Dano). Once a couple bratty kids find them kicking around in Satan’s Den—and quickly refer to them as cool “rats,” which seems like a total insult to the Ghoulie species—they spread the word and ticket sales go through the roof. 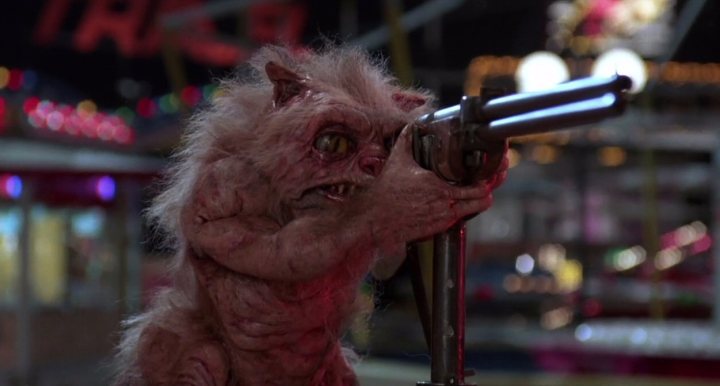 The Ghoulies eventually break out of this rinky dinky spookhouse and run amok through the whole carnival. Believe it or not, this full-scale carnival, working rides and all, was entirely built on a massive soundstage. One would have to assume this is the only way to truly contain Ghoulies and keep them from going on a rampage in the real world. Or, in this case, at least through Italy.

As I watched the Ghoulies tie people down, bite them, charge at them and knock them over, and generally physically dominate everyone that got in their way, I had to wonder just how strong these little freaks are. Let’s take the Gremlins and Muppets genera as counter-examples. Both seem to be pretty lightweight, such that your average human can toss them clear across a large room. Ghoulies, on the other hand, are made of sterner stuff. They have real heft and can exert an impressive amount of force. This is worthy of further exploration; I’d love to see their stats. 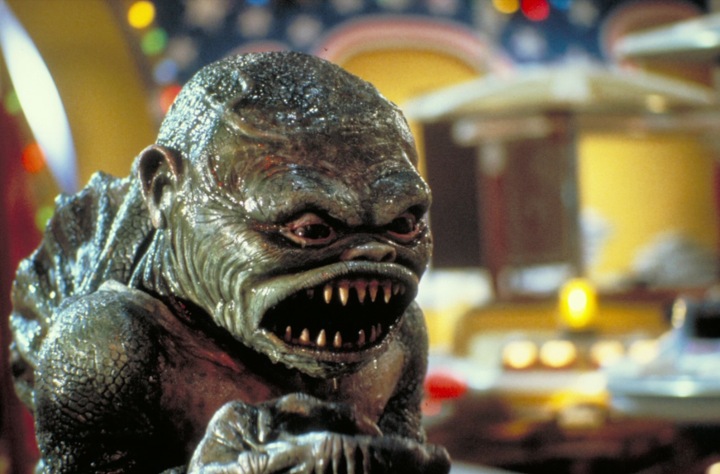 And then there’s The Big Ghoulie at the end, who is so strong he can pick up and eat other Ghoulies like they’re little more than bugs or small rodents (rats, perhaps). I shudder to think of this monstrosity’s god-tier stats. 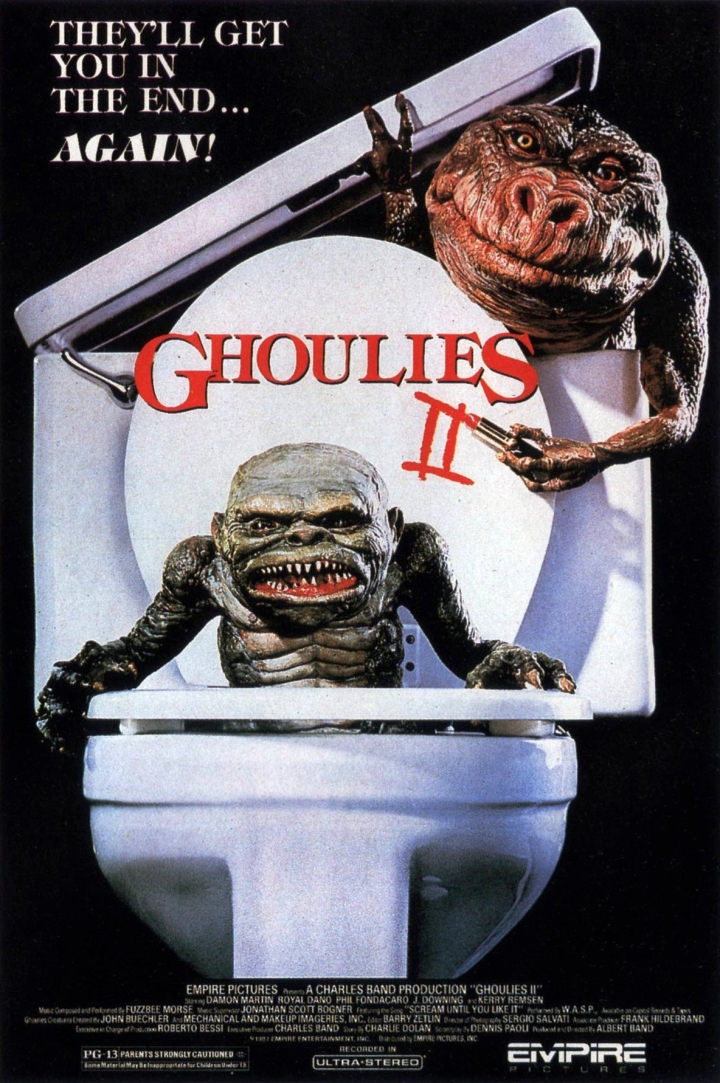