I wasn’t always a lot of awesome things that I am now. Though my striking and alluring visage has remained as visually palatable as always, intrepid time explorers would find a much more sinister mind in a younger Joseph Luster. That’s right, at the age of ten, I was a full-blown expert in plagiarism.

Many of you might recall a fairly popular comic called “Calvin & Hobbes.” However, in the same way that some peoples of the Orient know Doraemon as “Ding Dang,” children of a 5th grade private school class in Kentucky knew Bill Watterson’s classic as “Zac & Mac.” Z&M is essentially like a knock-off you would find in Chinatown that never looked quite right; a pink and copper superhero with dog ears called Oltraman. 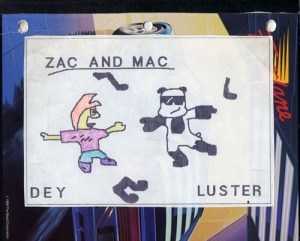 In place of a stuffed tiger is a stuffed panda (Mac), and in place of a spiky-haired young ne’erdowell is a spiky-haired young ne’erdowell (Zac). Joseph wasn’t alone in this fraudulent endeavor; co-artist and co-writer Neil Dey must also fess up to this heinous act! The jokes are exactly the same as Watterson’s strips, and in some instances the name Calvin was struck out and replaced with Zac! Truly, Joseph and Neil’s very writing utensil was the telltale heart of the comic book world.

But enough talk… have at you! 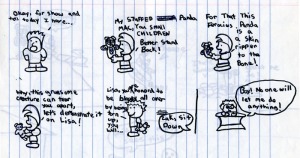 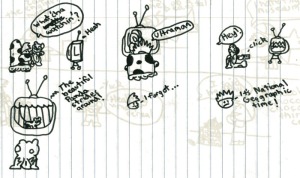 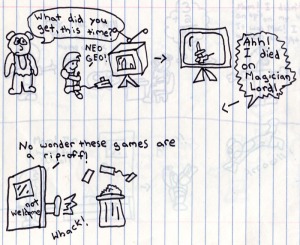 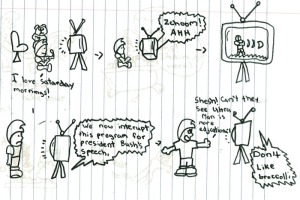 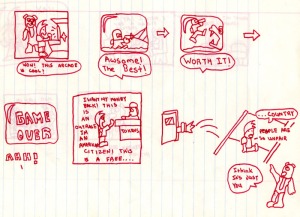 All told, there were about 60 pages of Zac & Mac produced in 1991, collected in three “anthologies.” The first is self-titled, the second is called “Jack Attack,” and the third is lost to time! When will these pirates pay for their crimes? Is reprinting unfunny comics truly penance enough? Will Joe Shieh cry foul when he sees I’ve returned to my old ways by loosely stealing the concept of his latest blog entry?