Remember when I posted about the distinct mental illness that was brought on by my obsession with Game Center CX? It’s not well documented, but it is documented nonetheless. Frankly, though, those games are just cruddy old Japanese plastic without a TV GAMIN’ machine with which to jam ’em, and a few weeks ago I finally bit the bullet.

CAUTION: Those faint of heart will want to click away now. Anywhere will do, just get far, far away from this crippling contagion.

Yes, there it is. A “family computer” in every sense of the word. Marvel at its bleeding display on my too-advanced TV, set to channel 95 which is literally where no modern television set has gone before. The Famicom came with a stack of loose carts, including Super Mario Bros., Seicross, Final Fantasy III and Excitebike.

As you’ll see below, a true Japanese celebrity owned the FFIII cart before me. 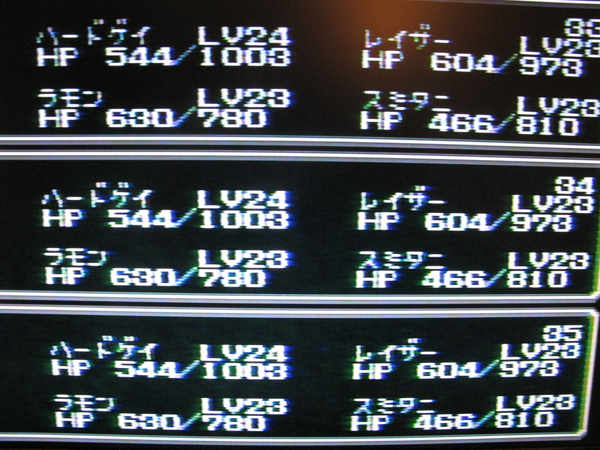 Of all the games I got, however, I developed an instant, inexplicable obsession with Seicross, which is a pretty bland but oddly addictive future bike action game.

Barely visible on the left, my fuel for these grueling endeavors… a cup o’ soda courtesy CLUCK U CHICKEN!