It’s Halloween! The best day of the year! I’ve been watching a lot of horror movies, per usual. Some of the highlight’s of this year’s marathon include The People Under the Stairs, Phantasm II, Dagon, Dead & Buried and Inferno, among others. Zombi is playing this Saturday at the Landmark Sunshine (awesome theater) in NYC, so I’ll see if I can drag a hapless maniac or two to watch that with me.

Also, in celebration of the season, I finally got my The Drifting Classroom chiptune concept album back online. It had been hosted at Beep City since its original release in 2009, but the site has since been put into the ground like a good corpse.

Now it’s BACK on its very own bandcamp page, where I’ll eventually be uploading my other chiptune albums, as well. I recommend it, mostly because I did it, but I’m also still really proud of the way it turned out. When I made it I was right in the middle of reading Viz Media’s release of The Drifting Classroom manga in its entirety, so this is very much the kind of stuff that was going through my head musically while reading Kazuo Umezu’s otherworldly horrors. It’s a bit mental, as a result, and I’d have it no other way.

Best of all, it’s FREE! But hey, you don’t have to take my word for it. Back when it was released, one of the fine mensches at the Tokyo Scum Brigade blog actually brought a physical copy of the album to KAZUO UMEZU himself, where it was met with his appropriately GWASH! style of approval. 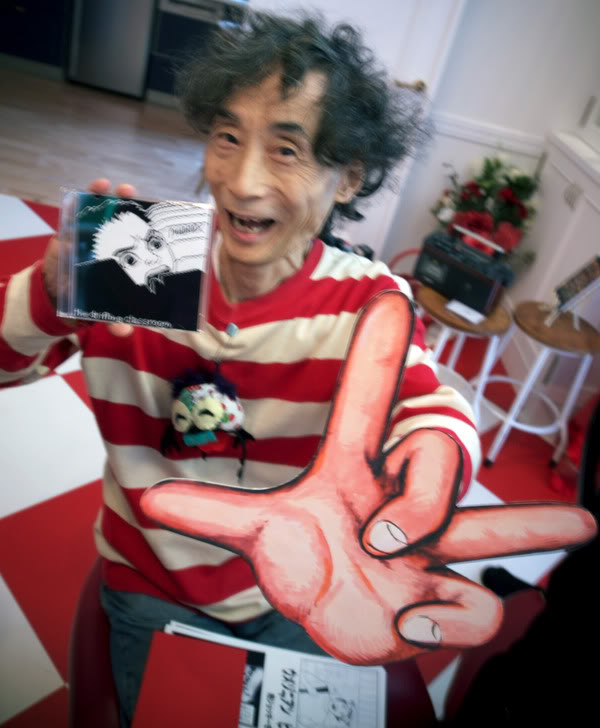